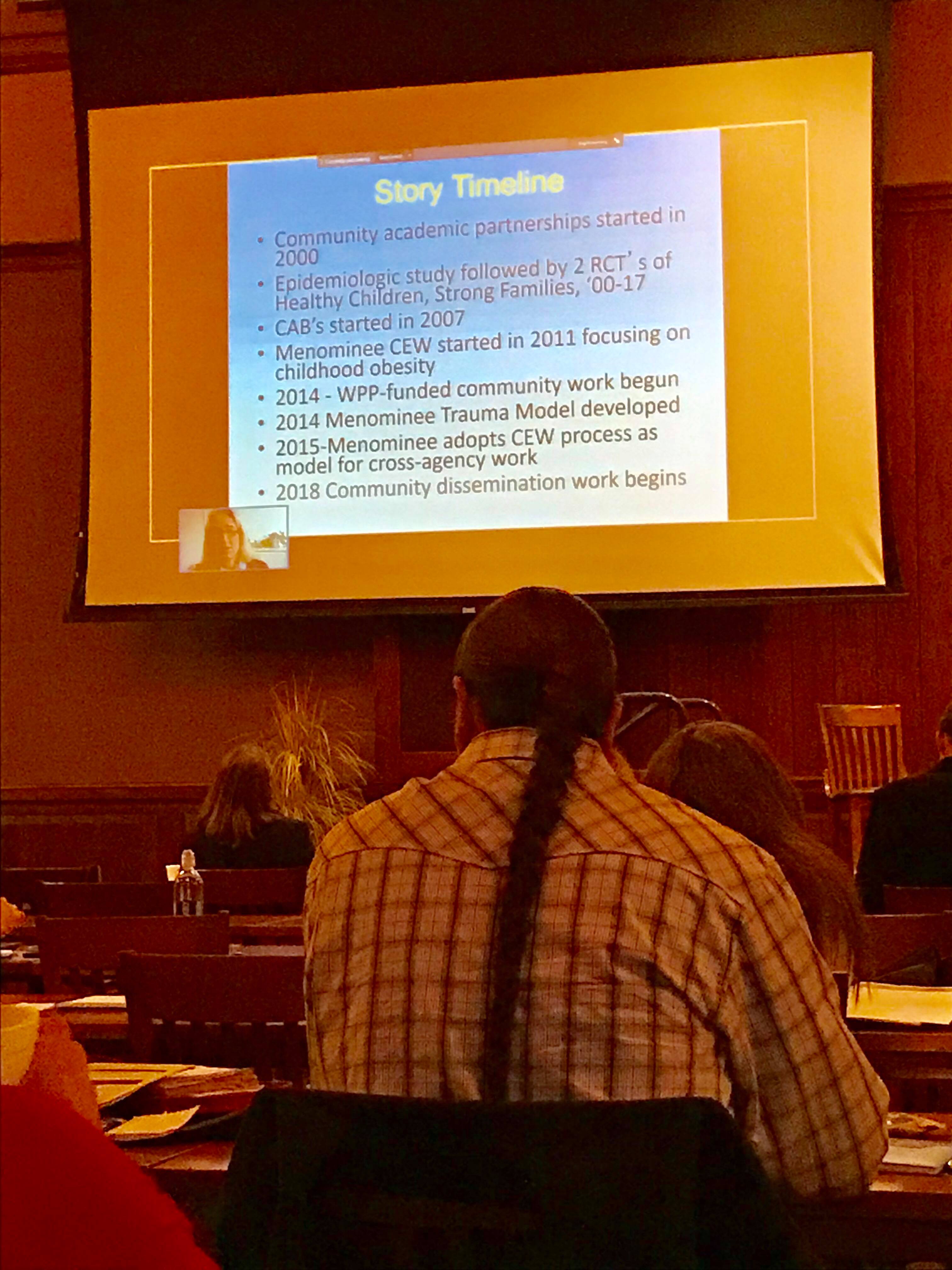 Dr. Alexandra Adams had to Skype in due to some travel restrictions, so thank goodness for technology; otherwise, they probably would have made me speak and I would've just showed pictures of my cats. Dr. Adams began her career working with tribal communities in Wisconsin and now works in Montana. Much of the work Dr. Adams has done has been with healthy lifestyles in American Indian (AI) communities. In Wisconsin, she and her team developed and implemented an obesity prevention toolkit, with the goal of increasing physical activity and decreasing screen time. Interestingly, Dr. Adams utilized child-adult pairs when looking at their weights and healthy lifestyle. They did this intervention via mailed method and in-person mentoring but saw no difference between the two methods. From this work, they saw increased family time and physical activity.

She then expanded this work to include national populations, mailed-only interventions, and social media aspects. From their initial work, they saw some issues with children sleep and safety, which they incorporated into the next phase of the study, with the goal of improving sleep and decreasing stress. They recruited in ways that many of us are familiar with: booths at community events and Facebook. They utilized Facebook for recipe-sharing and group discussions but they noticed there was a lot of "lurkers" with not much activity. Isn't that what we all do on Facebook, though? I'm an expert "lurker/creeper."

Food insecurity was something that was reported a lot in her studies. Stress related to this food insecurity was also high, especially for urban populations. We hear a lot about "food deserts" when it comes to AI communities and that was illustrated in some of her projects. One of the things I liked the most about the projects she spoke about, was how she really looked at the family and intervening at the family level. Dr. Adams is doing some great, interesting work with AI communities and I am so glad she was able to Skype in and share her work. It was hard to encompass all of her work because she has done so much!